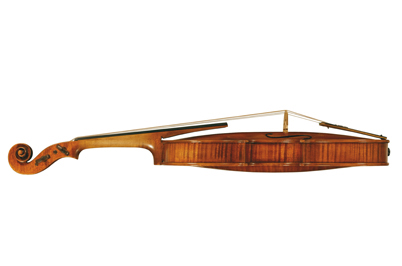 In the early 16th-century, a string instrument maker probably working in Cremona, Italy, combined aspects of several different string instruments, such as the tuning scrolls of the rebec and the form of themedieval fiddle which becomes the violin. The first violins probably had three strings and then eventually a fourth string.