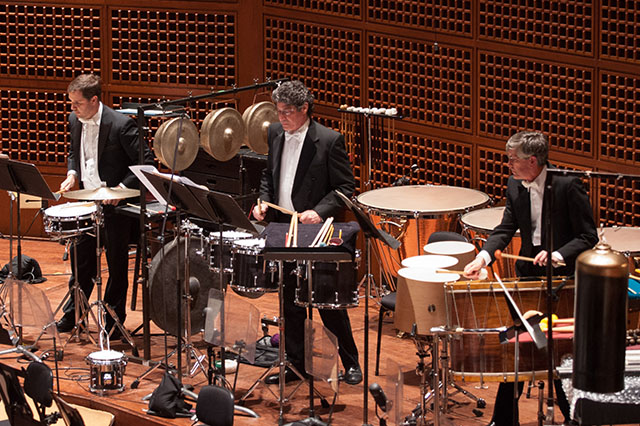 However, even with the rise of music notation for secular music in the late Middle Ages and Renaissance, percussion parts were mostly improvised. Sometime during the beginning of the Baroque Period in the late 17th century, separate parts for percussion, most often timpani, began appearing in scores. Before circa 1750, timpani often simply played the tonic and dominant pitches usually in outdoor fanfare situations, such as in the Music for the Royal Fireworks by George F. Handel, premiered in 1749. By the Classical and Early Romantic Periods, composers began writing more intricate and precise percussion parts. Today, composers are expected to understand percussion notation.

The program will cover the most frequently used percussion instruments such as drums, timpani, tam tam, and triangle.

Expand All | Collapse All
Instruments Status
1