Introduction to the Violin: Peter and the Wolf 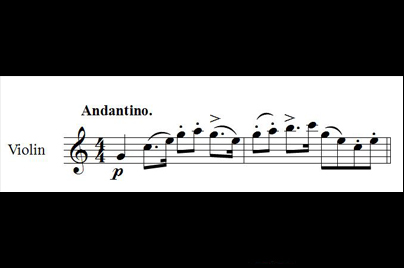 The Violin has a history spanning 500 years and is one of the most recognizable of acoustic instruments associated not only with classical music but also with the traditional and modern orchestra. The violin was invented in circa 1520 initially played by “professionals”, meaning low-level trade musicians. Not until the late 17th century did the violin begin to have the stature it enjoys today, particularly because of the music of Arcangelo Corelli (1653-1713) who become one of the earliest composers to write for the violin as a solo instrument.  The notation shows the beginning of Peter’s theme in Prokofiev’s Peter and the Wolf.