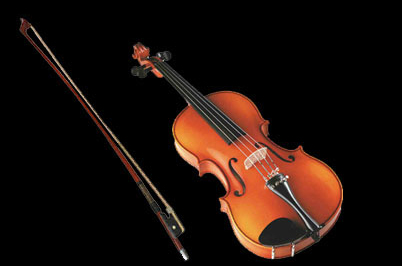 The violin has a history spanning 500 years. Sometime in the early 16h-century, a string instrument maker probably working in Cremona, Italy, combined aspects of several different instruments, including the rebec and the medieval fiddle. The first violins had three strings as attested by several paintings from the mid-16th century. Violins were initially played by “professionals”, meaning low-level trade musicians. Not until the late 17th century did the violin begin to have the stature it enjoys today, particularly because of the music of Arcangelo Corelli (1653-1713) who become one of the earliest composers to write for the violin as a solo instrument.